“It’s unwise to pay too much, but it’s worse to pay too little.
When you pay too much, you lose a little money – that’s all. When you pay too little, you sometimes lose everything, because the thing you bought was incapable of doing the thing it was bought to do. The common law of business balance prohibits paying a little and getting a lot – it can’t be done. If you deal with the lowest bidder, it is well to add something for the risk you run, and if you do that you will have enough to pay for something better.” 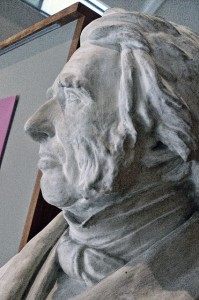 My friend and colleague Andrew Downard sent along a quote from the 19th century English artist, critic, socialist, and philanthropist John Ruskin in The Common Law of Business Balance that resonates incredibly well with Ailment #1 and the danger of being Penny Wise and Pound Foolish and focusing only on price.

He continues that it’s simply impossible to pay a little and expect to get a lot. “If you deal with the lowest bidder, it is well to add something for the risk you run, and if you do that you will have enough to pay for something better.”

Very prescient thinking! It’s as true now as it was when Ruskin penned those words that price is not necessarily an indicator of quality. In the Vested model a low-cost-only focus won’t work in a long-term strategic relationship. Rather, there needs to be a collaborative balance between the product or service and the cost—which is how value is created.

As we noted in the introductory blog to this series, our research and experience exposed the 10 most common problems in business relationships. These are “ailments” that can plague and potentially destroy an outsourcing relationship.

Let’s start with the first and the easiest ailment to identify. The one that materializes when, for example, a company outsources based purely on costs. We’ve all heard the warning against being “Penny Wise and Pound Foolish.” Unfortunately, many procurement professionals are still in the dark ages. Too many companies profess to have a “partnership” while behind the scenes they focus solely on beating up their service providers on price.

You need to think beyond the short-term bottom line in your business and outsourcing relationships. The danger in focusing on the cheapest offer is like anything else –tradeoffs are made in quality, service or both. Unfortunately, many executives view outsourcing as a “quick fix” solution to resolving balance sheet problems. Often companies suffering from a case of “Penny Wise and Pound Foolish” tactics fall into a loop of frequent bidding of their work to the lowest price provider and making the transition to reliance on that supplier. This tendency can lead to a vicious cycle of bid and transition, bid and transition, bid and transition. Companies that become caught in this cycle typically end up with unintended disadvantageous consequences, such as these:

– Service providers that work with the company eventually will refuse to work with the company again. They become tired of getting beat up on price, only to have their efforts rewarded by losing the work the next time around. Ultimately, they choose to pursue revenue from more productive outsourcing relationships. In one extreme example we witnessed a company re-bid their transportation services every three months. In this case the company had recklessly churned through nearly all of the top 20 suppliers during a five-year period, and consequently was forced to work with suppliers of lesser quality.

– Outsource providers bid such low prices in order to work with a company that they go out of business; the outsourcing company consequently struggles to find a new outsource provider. One company, as an example, was described by its suppliers as an “800-pound gorilla.” This company dabbled with outsourcing in manufacturing and had some successes. As a result, company executives decided to outsource all manufacturing to allow the business to focus on core competencies – a strategy that usually is a smart move. The book of business was worth roughly $100 million in revenue for the winner. In this case, three contract manufacturers had the experience and scale to manage the outsourcing company’s work volume. The “800-pound gorilla” strained its relationships with its vendors, however, by putting them through several rounds of extreme negotiations to save the last possible dime on the multimillion dollar outsourcing deal. Following the grueling negotiations, the company awarded the work to a $1 billion outsource provider, which achieved an estimated 10 percent increase in revenue as a result of the transaction. The problem? The outsource provider “bought” the business, and eventually could not sustain the losses of profit. The overwhelmed vendor gave the “800-pound gorilla” a 30-day notice that it would no longer manufacture the outsourcing company’s products and went into bankruptcy – eventually tanking what was once a successful and profitable $1 billion firm.

Organizations that engage in this spendthrift ailment give outsourcing a bad name – and should not be outsourcing in the first place. Their myopic focus might pay off in the short term, but this approach has proved time and time again that being Penny Wise and Pound Foolish does not pencil out for vendors – or for outsourcing companies.

“The bitterness of poor quality remains long after the sweetness of low price is forgotten.”

I Hear and I forget. I see and I believe. I do and I understand